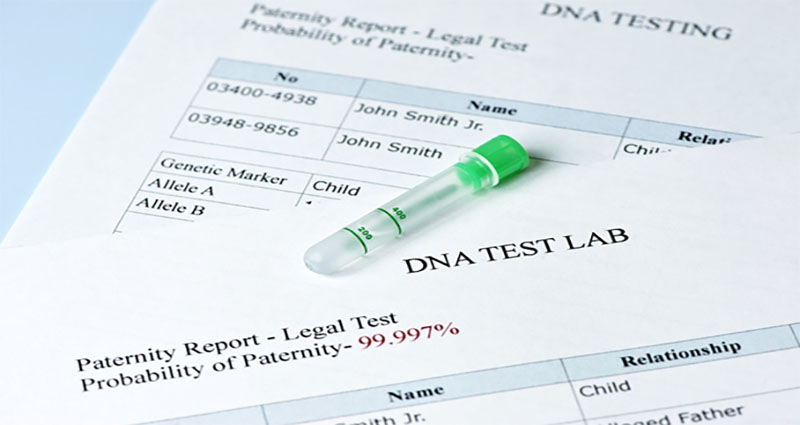 The DNA that each person has is a legacy left to them by their parents. Part of this DNA comes from the mother and part comes from the father. But what happens when you don’t know who the father is? In this case, a legal paternity test not only serves to validate that a parental relationship exists between a man and a child, but also grants the man the rights he has as a father. If for some reason the mother refuses to allow the father to exercise this right, the results of the legal paternity test can be used in court as evidence for the judge to rule on visitation schedules and other rights the father is required by law to have. DNA can also be used to help people gain access to inheritance or to create a family link during immigration proceedings.

Inheritance with a child not recognised by the father

Although ideally, this should not happen, there are men who have children and then forget about them to the point of not giving them their surname. When it comes time to fight for an inheritance, a legal paternity test can help these unacknowledged children get a share of what is rightfully theirs. Even if the father is dead and there is no way to get his DNA, there are laboratories that can create a family link using the DNA of the father’s other children. With the DNA of siblings, the child who was not recognised by his or her father will be eligible to receive part of the inheritance. Although the process may be more complicated than what you read here, there is a high probability of success.

Getting a nationality with a legal paternity test

There are countries that offer nationality to people born in that country or to that person’s children born in other countries. The problem is that if a person does not carry their father’s surname, the laws of the country do not allow them to gain a nationality. A judge can order a legal paternity test even if the alleged father does not want to do it. If the result is positive, the person will be able to obtain the nationality of that country because it certifies that he is the child of a person who already has the nationality. It should be noted that each country has its own laws regarding this issue, so it is advisable to seek professional advice.

What Can an Audiologist Do for You?