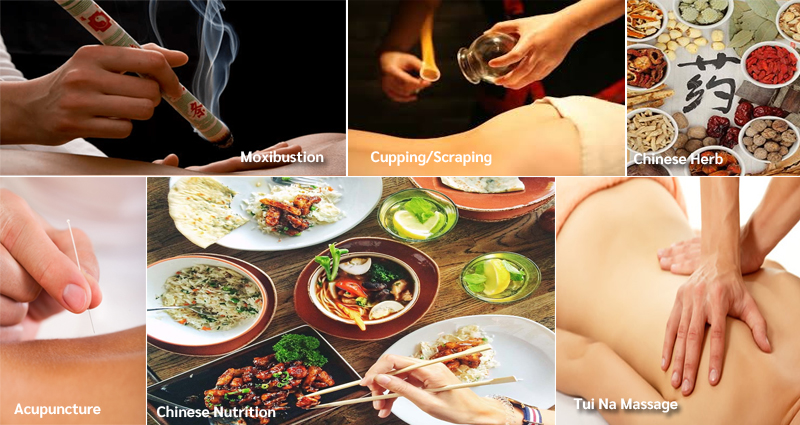 Traditional Chinese medicine refers to a medical system partially founded on the ideology that energy, referred to as qi, moves through body pathways referred to as meridians. According to this belief, if there is a blockage of qi’s movement through the meridians or the movement is unbalanced, this causes an illness. Chinese medicine has been practised in the country for thousands of years and is continually rising in popularity in most Western countries. Various causes are said to result in the imbalance of qi, and this includes.

Traditional Chinese medicine also involves another great concept, the yin and yang. According to this ideology, all things, including the body, are made up of forces referred to as yin and yang. An individual’s health is determined by how these forces are balanced. To prevent illness, traditional Chinese medicine emphasises preserving the yin-yang balance. To ensure good health, it is also essential to ensure that you have a balanced diet. To get quality Chinese food, visit review sites such as Britainreviews.co.uk and look at Chinese food delivery restaurant reviews. Avoid negatively reviewed restaurants, especially if all negative reviews point to a similar issue. This article offers some basics of traditional Chinese medicine and the techniques involved.

Some of the traditional Chinese medicine techniques are;

This therapy entails burning the Mugwort root, referred to as moxa, prepared from dried spongy herbs known as Artemisia vulgaris, to assist in healing. When moxa is burned, it produces smoke with a powerful odour, often confused with the cannabis odour. Moxibustion aims to invigorate and warm the blood, arousing qi’s flow, dispersing cold & expelling wind, offering the kidney the needed strength and dissolve stagnation. This therapy was often used traditionally in the treatment of menstrual pain.

This therapy involves implanting needles into the subcutaneous tissue, superficial skin and muscles at specific acupuncture points and manipulating them. In traditional Chinese medicine, the human body comprises over 2,000 acupuncture points linked by 12 major meridians that help conduct qi between the body’s internal organs and its surface. Acupuncture helps maintain a balance between Yin and Yang, allowing the normal qi flow through the body and reinstating health.

This is a Chinese massage that entails the placement of various plastic and glass cups on a person’s body. The cups are warmed by utilising a cotton ball or any other flammable substance, placed inside the cup to eliminate all the present oxygen. This substance is then removed before placing the cups against the skin. After the cups are placed on the skin, the air inside the cups cools, resulting in low pressure inside cups, thus producing a vacuum that lets the cup stick on the skin. This treatment aims at areas of the body with much flesh, such as the stomach and the back. Scraping, also known as Gua Sha , refers to a traditional medicine technique that utilises pieces of  smooth jade, animal tusks, bone, smooth stones or horns to scrape alongside the skin, thus releasing toxins and obstructions trapped on the surface of the skin. One is scrapped till red spots and bruises cover the area being treated.

This is a dieting method that is based on the Chinese understanding of how foods affect humans. According to Chinese nutrition, balanced diets include sour, spicy, salty, and sweet taste. It classifies food with specific tastes as having particular properties. It doesn’t have a one size fits all diet or forbidden foods. Nutrition is considered to be the initial defence line when it comes to matters relating to health.

Most of the traditional Chinese medicine substances are derived from diverse stems, leaves, roots, seed and flowers of plants, including ginger, cinnamon bark, licorice, rhubarb, and Ginseng. The most used substance is Ginseng. Chinese herbology involves mixing herbs to form a formula that is dispensed in the form of capsule, tea, granule, powder, or liquid extract.

Tui Na combines acupressure, massage and other types of body manipulations. It is an Asian bodywork therapy that has been utilised for centuries in China. A Tui na sessions involve the patient sitting on a chair while wearing their clothes. They will then be asked a sequence of questions before treatment starts. A tui na practitioner will then do the massage, which at times can be vigorous. To enhance the technique, a practitioner can use ointments, herbal compresses and heat. Tui Na is used to treat musculoskeletal conditions and chronic pains.

In conclusion, traditional Chinese medicine has been utilised for many years, and this article has covered the various techniques involved.

Building an On-Demand Medicine Delivery Service Like CVS and Capsule

7 Things to Know About Ketogenic Diet